NTUC First Campus is the first pre-school operator in Singapore to be awarded ‘Best Companies to Work for in Asia’ for three consecutive years, with an additional ‘WeCare: HR Asia Most Caring Companies Award’ this year 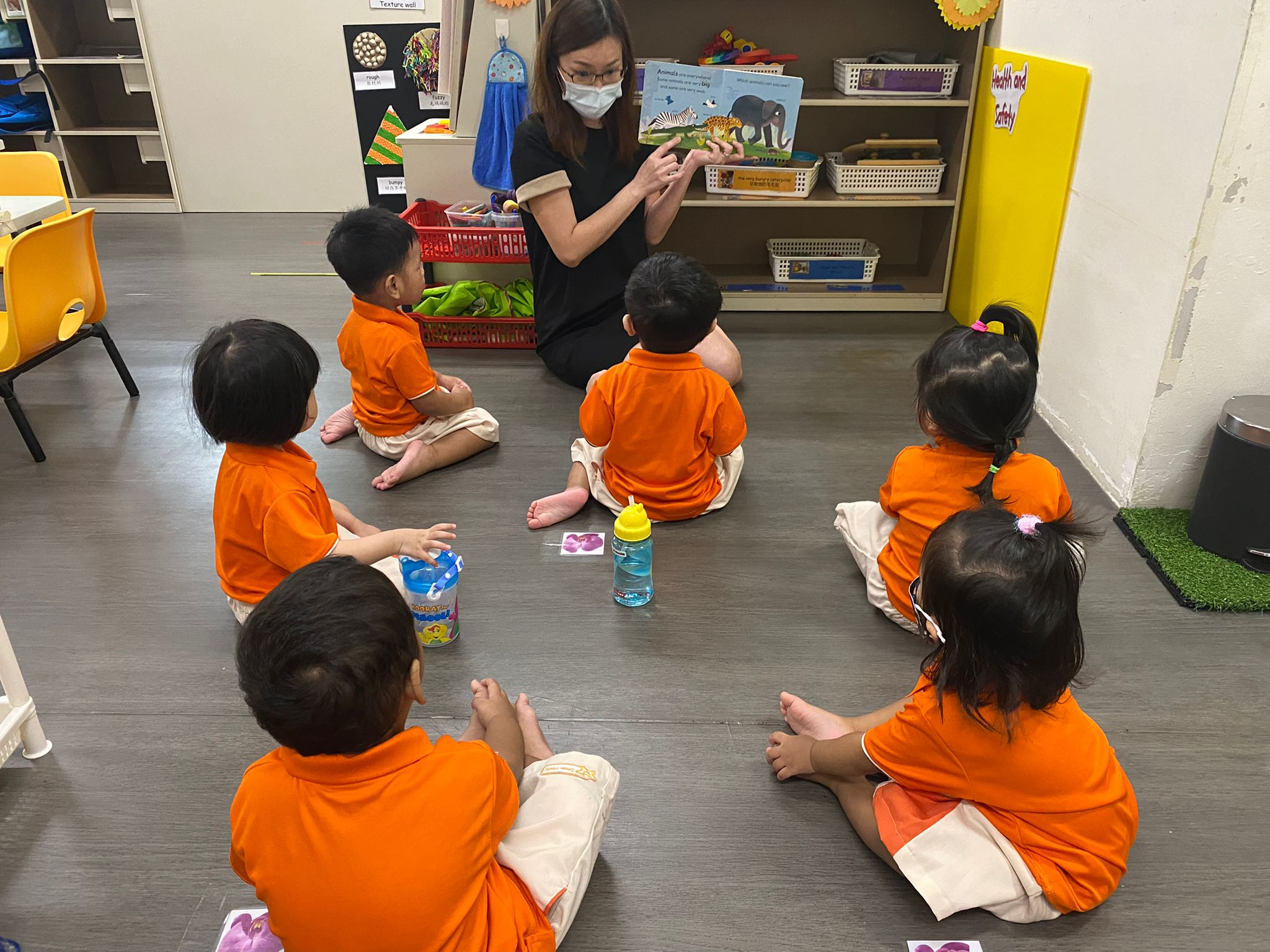 Tok Su Ling, principal of My First Skool at Blk 684A Choa Chu Kang Crescent, reading a book to the children.

Taking a pay cut of more than 40 per cent, Tok Su Ling made a mid-career switch from being a banking executive to an early childhood educator in 2010. NTUC First Campus (NFC) is the second early childhood care and education (ECCE) operator she has worked at, and she has not looked back since.

As a principal of My First Skool at Block 684A Choa Chu Kang Crescent, Su Ling often reminds her staff of the satisfaction they can get from teaching children and giving back to the community. At NFC, many initiatives, such as the Food and Nutrition programme, are organised to help lower-income families throughout the year. This is because NFC believes that every child, regardless of their background, deserves equal opportunities to enjoy a quality early education. Su Ling said that NFC’s altruistic nature as an organisation was something that she could not find at her previous workplaces.

Su Ling’s bosses also show care and concern in small ways, such as checking in on her every day to ensure that she has her meals on time after learning that she has a history of gastric pain. These are just a few of the many reasons why Su Ling enjoys working at NFC, and she is not the only one who feels this way.

Besides producing happy children, NFC is also good at keeping its employees engaged. According to the survey conducted by Business Media International, NFC is conferred ‘Best Companies to Work for in Asia’ for the third consecutive year today, and is also the first pre-school operator in Singapore to clinch the award three years in a row.

This year, NFC also obtained the ‘WeCare: HR Asia Most Caring Companies Award 2021’, an accolade awarded to companies that demonstrated exemplary efforts in creating a culture of empathy and care within their organisation. These two factors stand out especially in employee engagement amid the COVID-19 pandemic. NFC is the first ECCE operator to receive this award.

“We are very grateful and honoured to have received HR Asia’s ‘Best Companies to Work For’ award for the third year. This is a testament of NFC’s commitment to our ‘People First’ approach. The leadership team and I place great importance on engaging our over 5,000 staff. This is done through a variety of ways, both virtual and physical, such as centre visits, townhalls and smaller group interactions. This ensures that all members of our team are aligned to our organisation’s vision and goals. More importantly, it is also an opportunity for us to listen and take in feedback on how we can all move forward more effectively as one First Campus team,” said Ms Chan Su Yee, Chief Executive Officer, NFC.

To qualify for the awards, NFC was graded based on a Total Engagement Assessment Model (TEAM) survey of up to 50 employees. In the survey, employees ranked various statements about the company and how it is like working at the company, on a scale of 1 to 5. NFC scored consistently above the industry average for all the pillars of the TEAM survey (Core, Self & Group).

NFC has also scored exceptionally well (>4 out of 5) for the following statements:

The survey results showed that NFC was able to understand what its employees look out for, such as having a purpose at work, feeling empowered at the workplace, and being able to develop professionally in their careers.

Su Ling’s career growth at NFC is a testament to NFC’s ability to provide professional development for its employees. In less than two years, Su Ling was promoted from Deputy Centre Lead to Principal at her pre-school centre.

Rozita Binte Osman, Senior Teacher of Little Skool-House at Orchid Country Club, also cherishes the numerous training opportunities offered to teachers regardless of their rank. Besides attending training sessions to learn more about the early childhood education industry, Rozita went on various learning journeys abroad, to countries such as Australia and Indonesia, to learn more about their curriculums and teaching methods for pre-schoolers. During these field trips, she met many fellow pre-school teachers and exchanged useful tips which she later adopted in her classes. “Despite being just a senior teacher, NFC has given me many opportunities for professional development, such as attending multiple learning journeys,” she said. 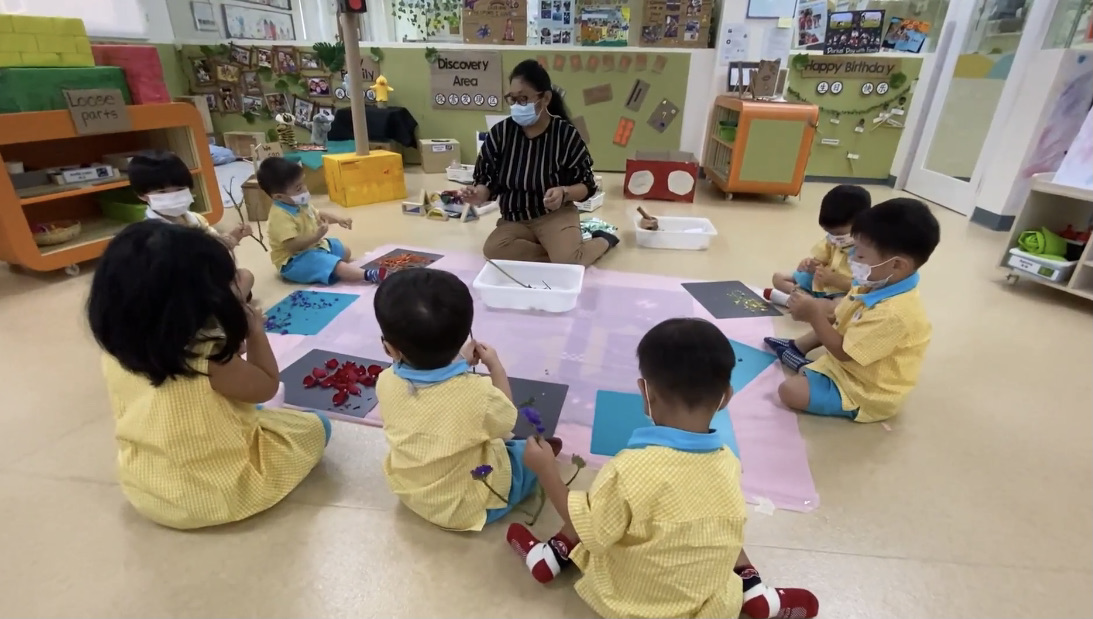 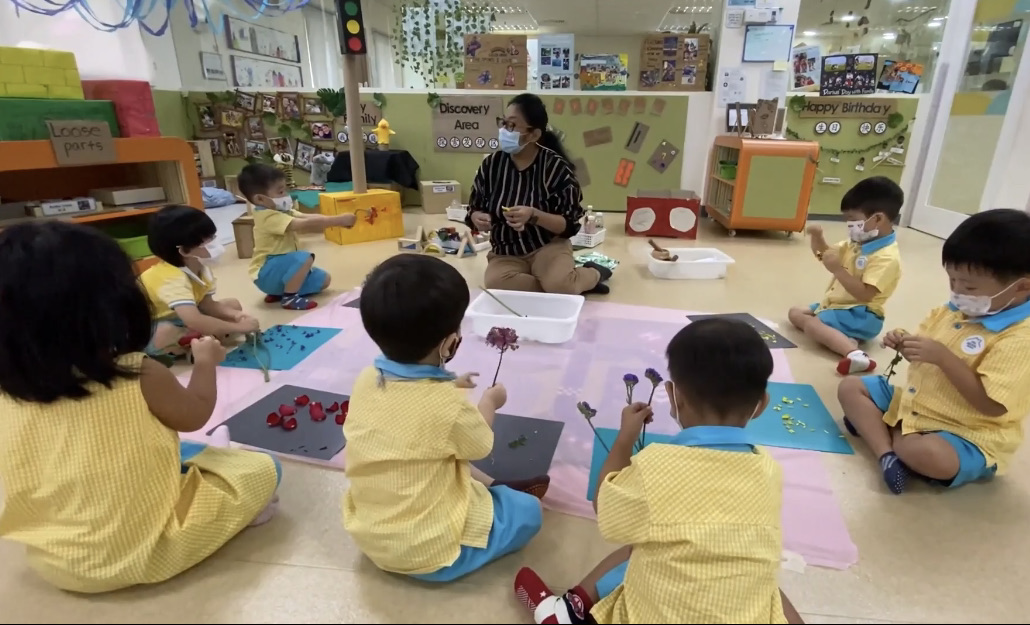 Likewise, Rozita appreciates the little “check-ins” from her bosses to ensure that she has sufficient support at work. “It doesn’t have to be a formal sit-down session. Little check-ins add a personal touch and I really appreciate that,” she said. Despite having stressful moments at work, both Su Ling and Rozita said it was the support from colleagues and bosses that have kept them going.

Sandra Thong, a senior executive who handles operations matters at My First Skool’s Business Unit, said NFC is her ideal workplace. In the three years since she joined when she graduated from school, Sandra has received many wellness packages from her bosses, which included flowers, ice-cream and bento meals. She is also appreciative that her bosses have always taken her feedback seriously and are easy to reach out to in times of need. 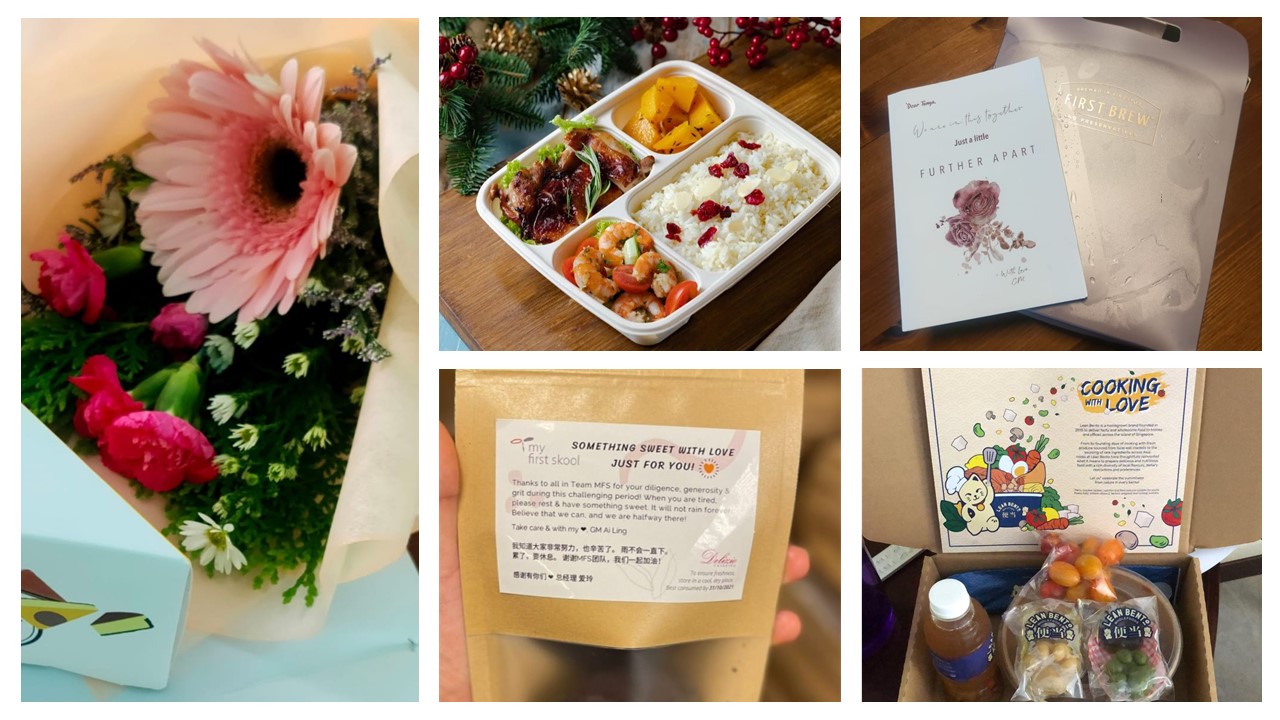 The many ‘wellness’ packages Sandra received from her bosses since 2018.

“We constantly listen to what our staff need through various feedback channels and are in touch with ‘People Strategy’ trends. We have rolled out policies like hybrid work arrangement, benefits that help support our employees’ holistic well-being, and training that help fulfill our staff’s aspirations,” said Ms Geraldine Lee, Chief Human Resource Officer, NFC.

Next year, NFC will continue to roll out more well-being focused initiatives, such as ‘Project Happyness’, in which NFC’s CEO Ms Chan will engage staff through fun activities, such as art jamming sessions and latte art workshops. A workload survey will also be conducted to help the organisation better manage its staff’s workload.